The "MY WAY" project is YOUR unique sailing experience!
16. October 2018

From Sardinia to Gibraltar!

It has been long since I last wrote a blog about what followed after we left Sardinia. Time flew, so many great things have happened and so many sea miles were covered that left hardly any time for me to retreat somewhere and tell you all about it!

It has been busy and yet wonderful with our guests around and the distance to cover so I will try to put things in order and give you an insight.

In the previous blog, we told you we were waiting for the right passage weather to come and it came. We left Sardinia on a beautiful morning and the last image to carry in our souls were the amazing turquoise waters!

We sailed 200nm to Mahon, Menorca. The wind was strong enough and two times during the trip it became challenging and changed direction yet we pulled it through easily and made the passage in just 25 hours!

Mahon or Mao as the locals call it is a stunning quiet place that has it all. Moored in a welcoming marina we had the chance to rent scooters and visit the island by land as well as find some spare parts and replace a battery just five minutes before everything would close for the local festival. We went to the mountain, which is more of a hill but they call it so, to have a Panoramio on the island and enjoyed a stunning meal in Es Molli. Local cuisine indeed enriched with an amazing service and personnel.

We got a new friend in Mahon, Juan who despite his 83 years, is quite active, walks incredibly long distances with a pace of a youngster and was happy to invite us for tapas to his favorite place and show us his house and the city. While there, we got the opportunity to experience the closing of San Juan's celebrations which start on the island on June the 24th in Ciutadella and finish in Mahon on September the 9th.

We actually pumped in the celebrations as whad no clue what was happening. We were scootering in the old city and show closedstreets and pulled over to find out what it was about. We found ourselves surrounded by locals in funny costumes and high on preparations. They explained us afterward that horses would need to pass and the local custom is that these amazing creatures need to stand on their back legs and while they do it’s considered bless if someone touches them under their neck. We were introduced to and honored to drink the famous “pomada granizada”  which is actually a lemon granita with lots of local gin in. Refreshing and tempting you cannot resist having lots of it on a warm and active night. Dances and amazing music show while passing through the narrow streets (see Bloco AYAN band ), drinks, Andalucian horses and delicious street food Mahon had it all there laid for us!

Once our guests arrived, we set sails and covered the northern part of the island up to Ciutadella on the West and then crossed over to Porto Cristo on the SE of Mallorca.

The weather in Mallorca didn’t really help for sailing so we had to run the engine for more hours than we normally do in a season in the Ionian Sea!

Although I find the SE and E part of the island too "colonized" by the Germans and the British, I have to say that sailing the North and watching the amazing cliffs and the green mountainous scenery is definitely worth it! Solair was a nice little stop over with its picturesque port and village. While on the SE Peter had his 50th birthday and we decided to keep it law. However the owner of the restaurant we went to privately celebrate didn’t agree and decided to open a champagne on Peters health once he found out and gather the personnel to sing the “Happy Birthday” song to Peter and share a glass of champagne. It was sweet, hilarious and extremely human and one of those things you just can never plan.

We left the place only to meet the next day an amazing gang of German sailors, Lutz and his team, who became our sailing companions for the following days and with whom we spent a night in the best restaurant and bars of the city, feeling like spoiled by the locals.

Reaching Palma de Mallorca was a pleasant shock. The other face of Mallorca, where amazing architecture and superb infrastructure are so tempting. We took e-bikes for the first day to discover and accustom ourselves to this vibrant city. Having a berth turned out to be a challenge as all marinas were full yet some good connections opened the doors for us and even granted a car to do our heavy provisioning and look for some plexiglass to replace a broken hatch!

Giulio and Michael turned out to be two amazing characters, one is a mega yacht sales broker and the other a skipper on a classic beauty, who knew exactly what a crew on the go with a project as demanding as ours needs and made sure everything would be smooth for us. Cannot thank them both enough!

We left Palma with a bittersweet taste, eager to head to the Spanish mainland but also knowing there is still lots to discover left back.

Ibiza and Formentera were fast passed out of respect to our guests' marina fees budget and the necessity to pass to the mainland with the right wind and conditions. We had a fair sailing from Palma to Ibiza for about 65nm which were mainly sailed but for the last 10nm, we had to motor as the wind dropped completely.

The passage to Calpe was not sailing wise the best ever but did the magic and we entered safely and in time. The winds were quite weak and we had to motor yet again! For the following ten days or so we sailed slowly SW visiting Alicante, Cartagena, and Almeria.

A sudden crack on the gangway which apparently started a few days earlier made us worry enough to seek help immediately. Entering Cartagena we met another Mike who was hobby welding on his own boat and lost no time to ask if he could help. As it was already late Friday and on Saturday the people customly do not work there, he took the time for us to help and a team work paid back with an awesome result!

Right now we are sailing towards Gibraltar where we hope we can reach in time tonight before the strong Westerlies expected will hit the narrows. We plan to have a day and a half break, to stock the boat with some alcohol and spare parts before we set sails for the south and therefore Rabat/Morocco.

Spain (both the Balears and the Spanish Mediterranean coast) was briefly visited and definitely one cannot claim to have seen it all but there is a specific outcome so far. For us, the Spanish share a culture that is amazingly warm, have an exquisite cuisine and cannot let you down on any type of food or wine you like, know how to party and experience life while at the same time are hard working and great service providers. With the British Gibraltar and the Moroccans giving us a break in between, we look forward to face again the Spanish in late October and November, in the Canaries this time.

The winds in these amazing waters didn’t really favour us, so, unfortunately, I cannot share with you our record speeds and amazing sailing we had, but the scenery and the warmth covered this lack and we leave the country with a sweet flavour. 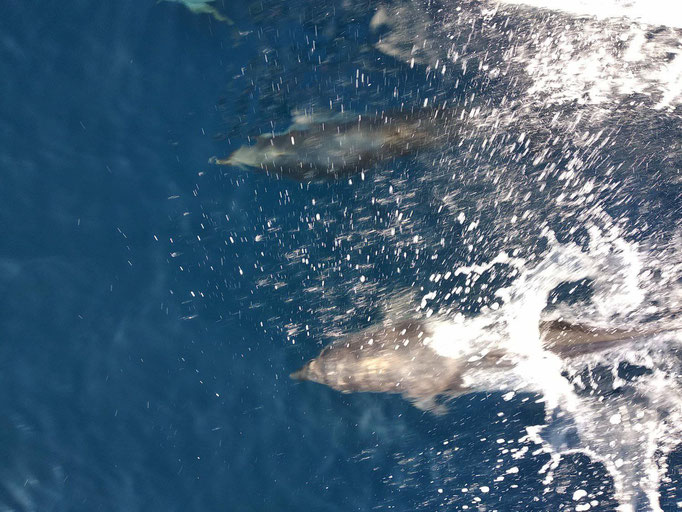 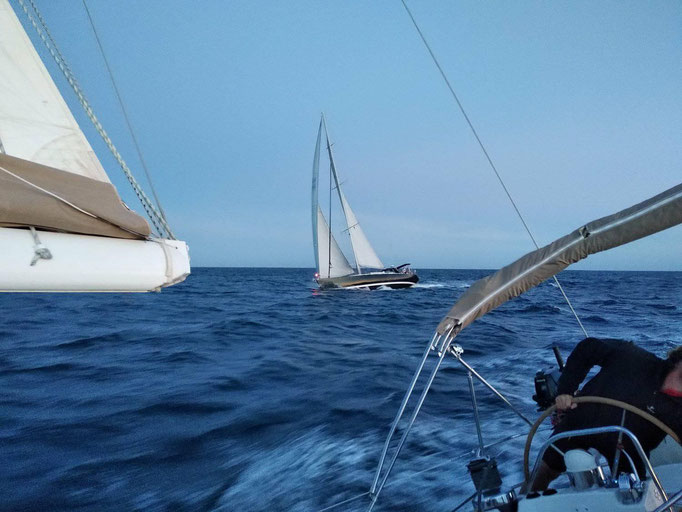 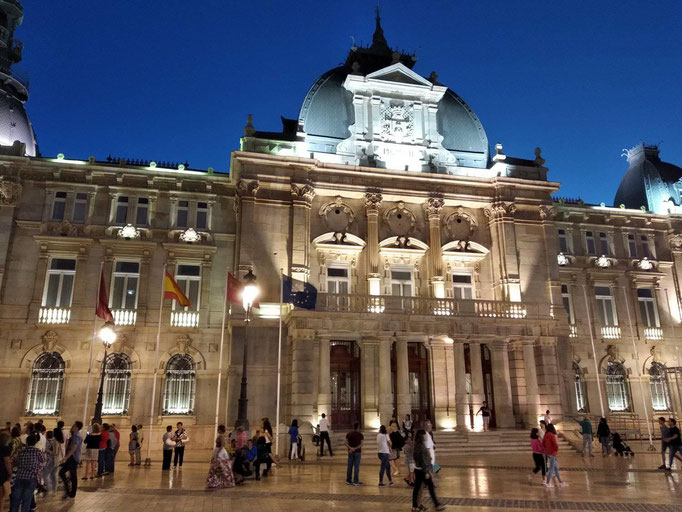 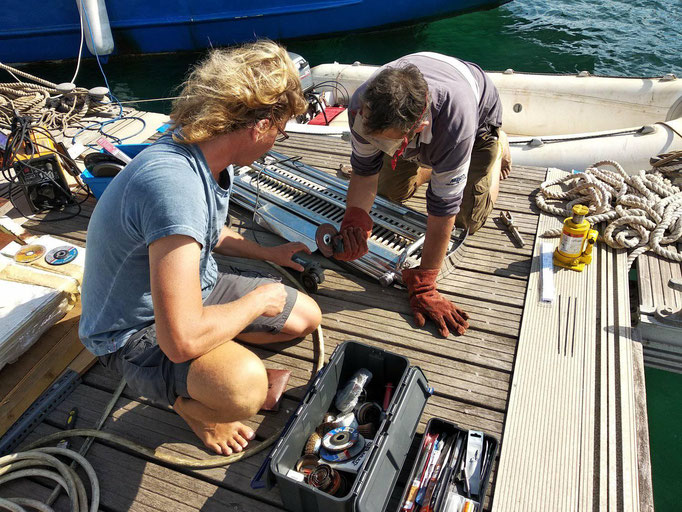 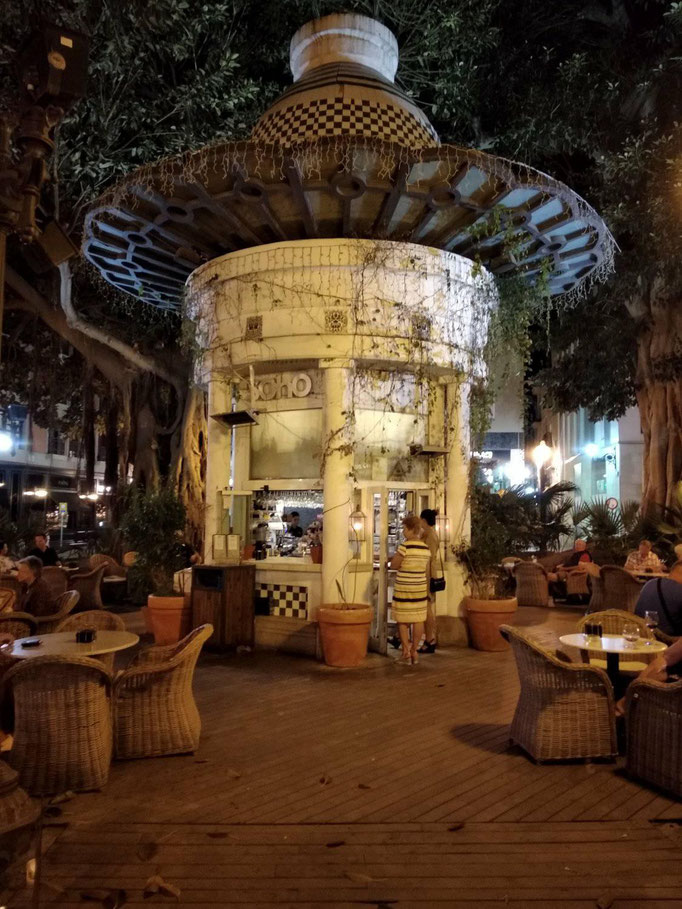 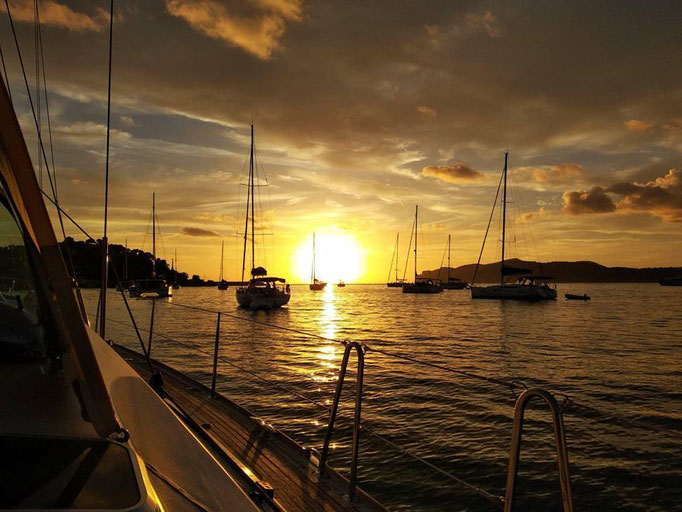 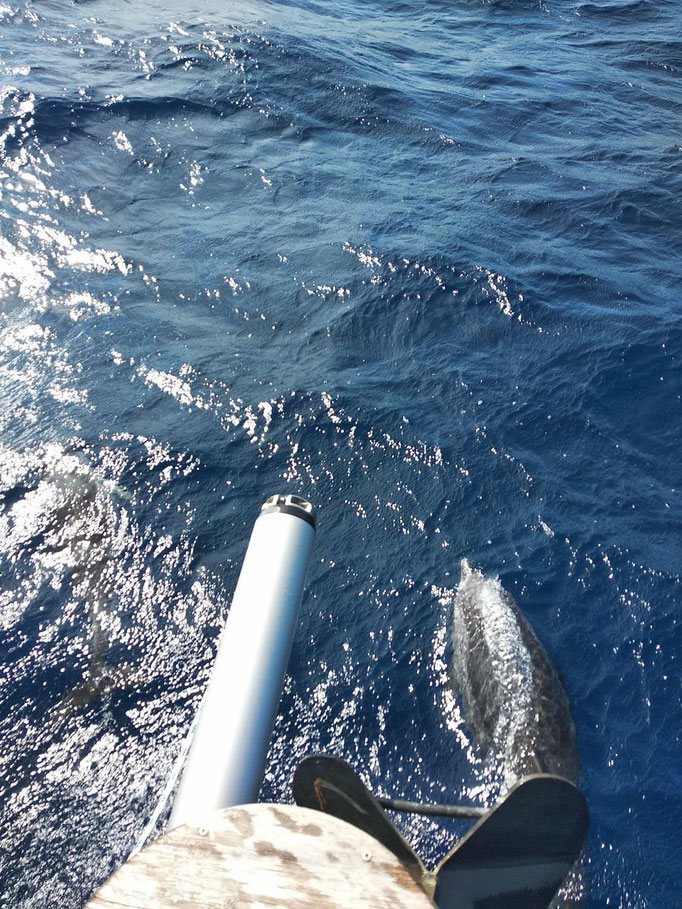 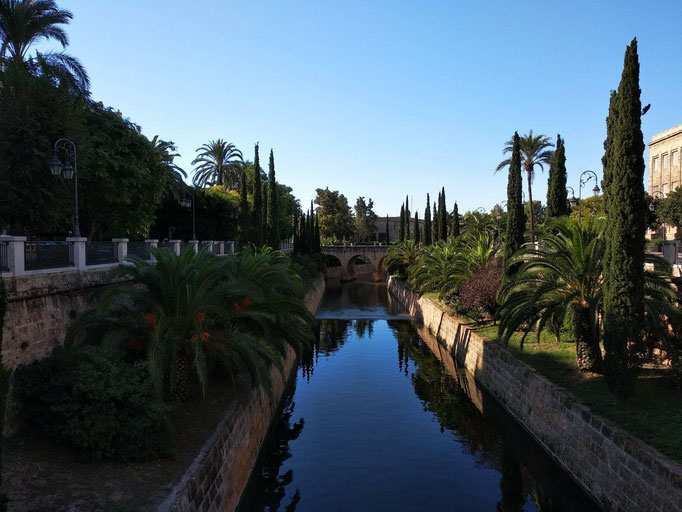 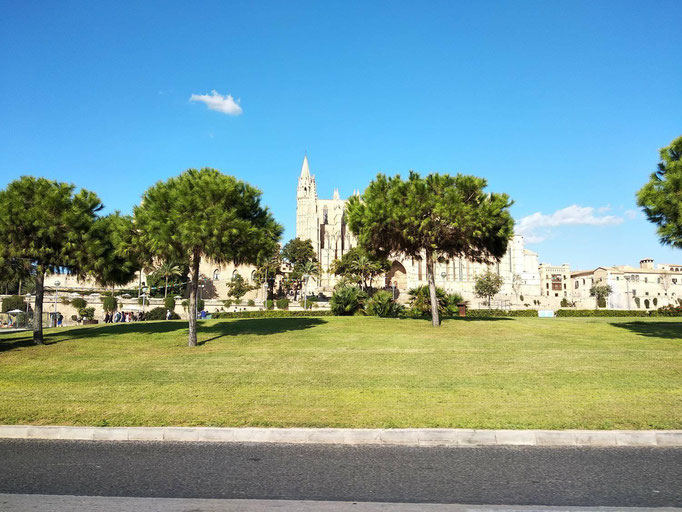 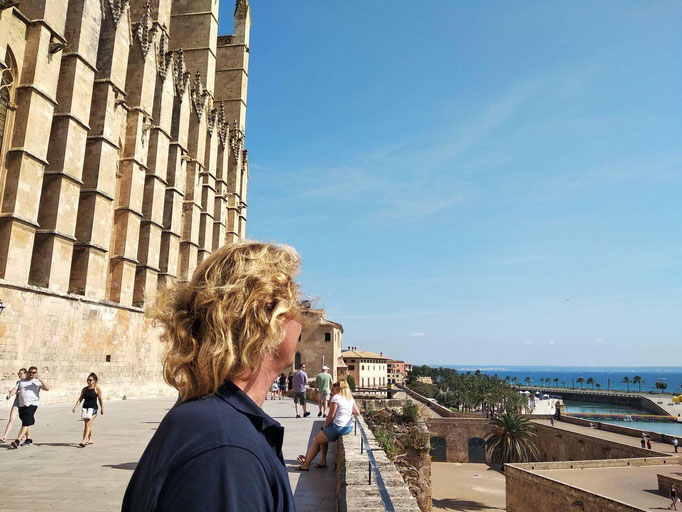 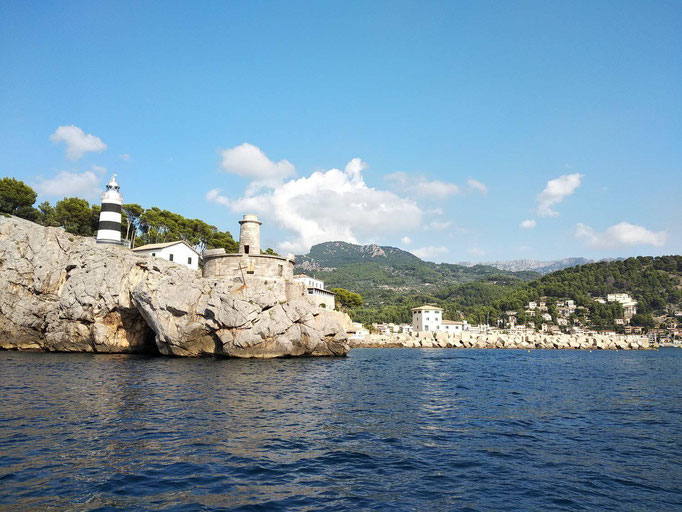 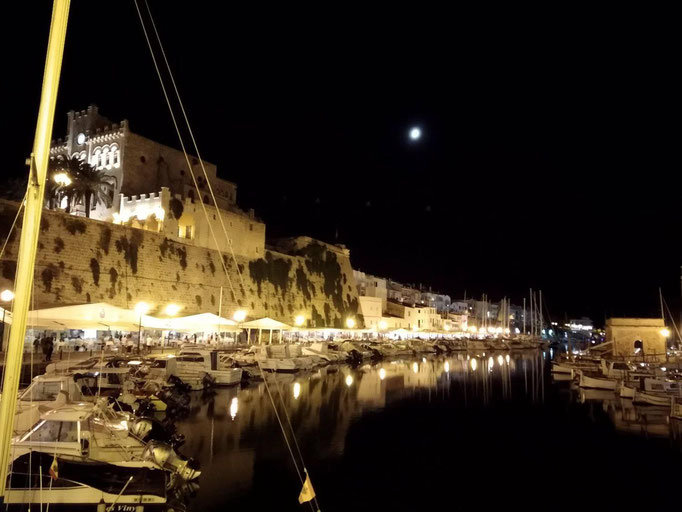 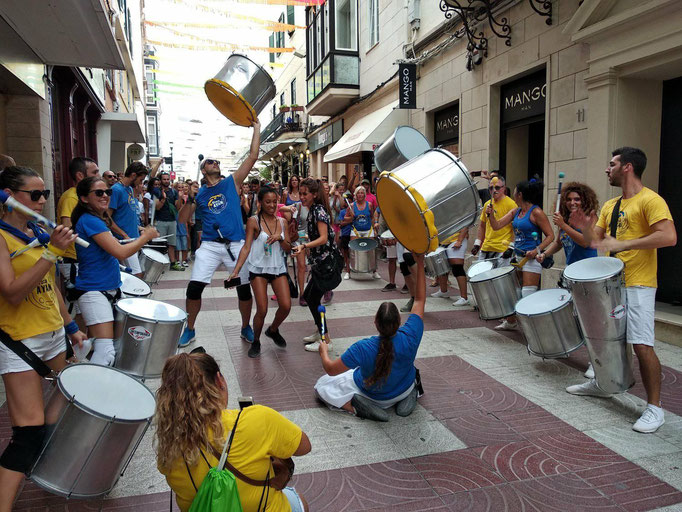 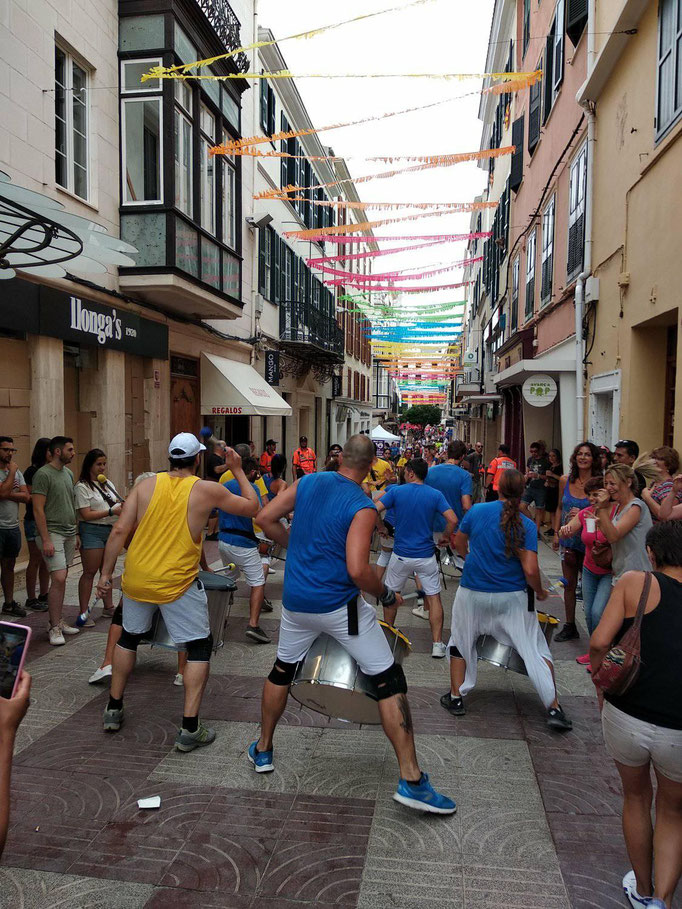 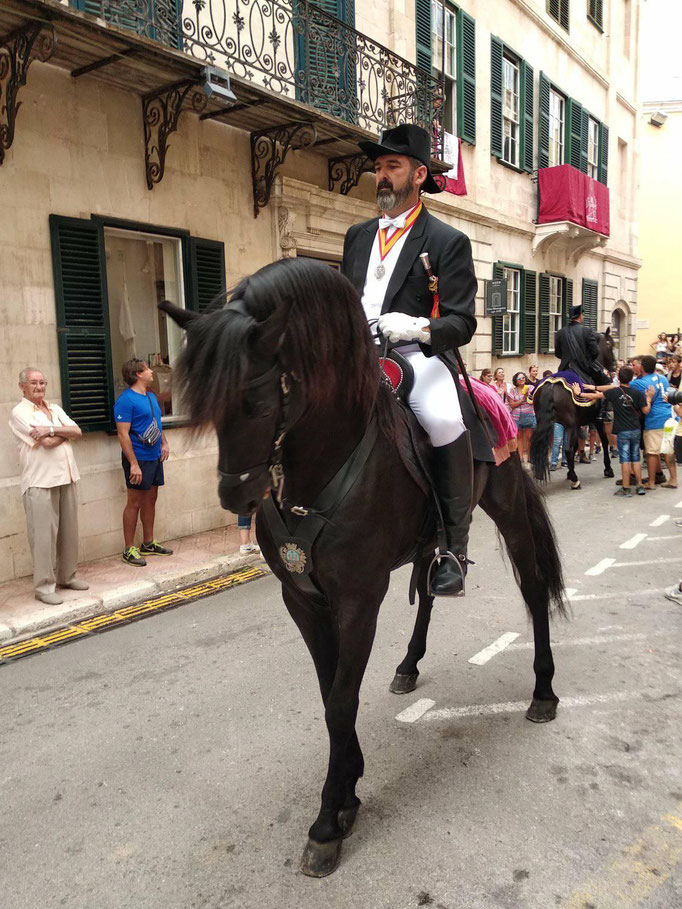