The "MY WAY" project is YOUR unique sailing experience!
22. November 2018

Moroccan Atlantic coastline, is it worth sailing?

Leaving Gibraltar, we definitely were looking forward to sailing down the Morocco coastline. Unfortunately, we had no time to go up the mountain and check the monkeys. My backpack brand claims to be hard for pickpockets to open it and the monkeys have a skill as they say to steal from tourists backpacks so I guess I lost my chance to find out. For me, it would be also the first time ever to sail the Atlantic so that was more important than the little cute thieves. I was often told that the Atlantic waves are long and smooth and I looked forward to finding out how that is. On top of that, we would get a chance to meet a completely different culture, gastronomy, and customs.

We had to take a bold decision with Peter as the time gap between too consequent storms in the Atlantic was narrow and yet we needed to reach Rabat as fast as possible. We sailed out Gibraltar and set our sails but soon the wind was too less, the traffic separation zone let us not much of choice to take often and on top of that the currents were so strong that basically, the boat was drifting back to zero points.

We motored up to Teneriffa and enjoyed the relaxing scenery. Once there we turned south and had a beautiful sail with some proper wind up to 4B. “my way” has proven often her love for stable and not so light winds and covered one mile after another fast, with an average speed of 9.2 knots. Unfortunately, a couple of hours later the wind dropped completely and we had to motor for 20 hours in order to reach Rabat at the right time to enter. An exact time of arrival in Rabat is so important due to two factors. One is the tides and with our 2.40 m draughts, we couldn’t count on luck. Later on, we were happy to find out that this obstacle exists no more as currently they dig the entrance and the port and even in low tides you have a minimum of 3 m water. The second reason was the waves. When the Atlantic waves exceed 2 m high, Rabat closes the entrance and you cannot go in or out.

We enjoyed the night sailing a lot because the amazing clear sky and the beautiful and slightly lightened African coast were creating a majestic scenery.

The next day we arrived in Rabat and the pilot came out fast to guide us in. The sailing through the entrance to the marina is really a unique experience. Exotic sand on one side, an amazing fort on the other, dozens of locally designed small fishing boats and lots of people waving at us and saying, “Welcome, welcome!” Filled us with a sense of serenity and eagerness to discover more. The marina is very decent and nicely located giving you a beautiful view of the city without being too loud. The authorities addressed us to pull over at the indicated station in order for customs, immigration, and drug control to come onboard. They were all extremely polite, in a good mood and stayed quite a long time enjoying the offered coffee and talking about Kaiserslautern football team and Greece.

With our guests arriving later that day, we took the chance to have a much-needed lunch and siesta before welcoming them onboard. Due to weather conditions (the second storm had hit and we were not allowed to depart from Rabat), we stayed in the city two more days and what a pleasure that was. We visited the Kasbah, the old bazaar, had street food delicacies, meant tea in a beautiful garden and enjoyed the panorama from the fort. The second day, Peter, I and Nicole decided to spoil ourselves a bit with a 90 min full body essential oils Thai massage and another stroll in the old market. Different quarters this time, not as touristic.

The Moroccan cuisine, in my opinion, is one of the finest. Simple, tasty, balanced. If there is one thing I missed in the restaurants was the lack of alcohol available. Turned out that in Morocco you have to have a special license to sell alcohol in the restaurants. Once we left Rabat we sailed down to Mohamedia. Departing from Rabat had included additionally four hours of paperwork and stamps and we were considering for that reason to sail directly to Fuerteventura instead of sailing more down the Moroccan coastline. On top of that, the weather was alarmingly unstable and we had to take the best wind to sail across if we didn’t want to motor for 500nm. We had to stop over by Mohamedia for the night due to lack of proper wind and too big waves. Motoring was tiring and sailing not possible so made no sense and was not good for the crews moral to prolong it. Mohammedia port is mainly commercial and as such nothing really beautiful to see. However, a nice boulevard, some beautiful mosques and buildings, and good provisioning opportunities, as well as a Kasbah, are available and an unexpected joy, if you bother to oversee the initially ugly and remote port and you decide to walk to the city.

Checking in and out was again more than just a marina office visit, customs, immigration and someone who seemed to control the controllers met with us and again filled up several papers and got more stamps on our passports. Again, the officers were very pleasant and polite and under no circumstances have they given us a reason to feel stressed or worried. We left Morocco the next day and had to motor for the first 20 hours or so. In overall it took us about 72 hours to sail the 520nm and we were lucky cause the expected wind did come up around the end of the first quarter of the trip along though with some strong rain and conditions between 24:00 - 06:00. The first night was relatively calm and Peter with Michael had joined shifts and then Nicole and I were popping up as well. I took the morning shift when everything was already calm and smooth. In my need of doing something while the others were sleeping, I decided to through a line in the water in hope of catching some fresh fish and enrich the daily menu. A couple of hours later, while I had already forgotten that the line was out, Peter came on deck and jumped to grasp the fishing line. We had a fish and you cannot imagine what a thrill that brings. Soon, a beautiful blue tuna of about 2kg was pulled on the bathing platform and put clean and ready to cook in the fridge. We sailed smoothly until later that evening when the weather really picked up and some heavy rain made staying on deck quiet uncomfortable.

Peter took the responsibility and the burden to pull this part of the trip alone and I have to say, it is moments like that who prove a great skipper and Peter is definitely one.

The next morning, around 06:00 the wind was still strong but now stable not gusty and definitely easier to sail. I and Michael took over so that Peter could get a chance to have some proper sleep to recover the long demanding night. During the day the wind and the waves were calming more and more down and around 17:00 everybody mood and stomachs were ready for some proper food and so we cooked tuna steaks and they were just, unbelievable!

From that point on the seas were calm and a constant smooth breeze kept taking us closer to the Canaries. The last part of the trip Nicole and I enjoyed probably the most as it was smooth and we had the energy while Peter and Michael had to have a much-needed rest. The last sailing night I felt so good that I let all others sleep and enjoyed the smooth movement of the boat under the stars. Only one marina in the south of Fuerteventura had a place for us but nobody was answering on our calls, e-mails or VHF transmissions. So, we decided to get in that marina that nobody answered but nobody, therefore, told us no as well! That was a pretty good call. A standard, quiet marina with a nearby small village was all we needed after such a long passage and we were all excited to enjoy our anchor beer! Back to European waters, no bureaucracy or long controls appeared and we have to admit we loved it. What can we say about Morocco, therefore? It has an aroma of the East for sure but you cannot oversee the effort to get closer to the West as well. The people, we have found to be very open-minded, helpful, welcoming and supportive. It’s definitely a land of contradictions. You see almost at the same time the extreme wealth and the extreme poverty, the modern infrastructure and the destroyed roads, the old amazing architecture of the mosques and the forts as well as the modern buildings. The dressing code appears also to be mixed as you can see everything from very traditional to very modern women and men. All in all, we would say that Morocco is beautiful and interesting, shocking sometimes in more that one ways and definitely worth a visit. The coastline is not ready yet to accommodate and offer safe harbors to yachts, therefore it does need several years before one could say this is a sailing destination but, for a passing by boat who needs to pull over is ok and offers in a couple of places at least the basic. The inland due to weather conditions we didn’t have the time to discover so we definitely would consider passing by again if possible.

What is next? We sail from Fuerteventura to Gran Canaria, Tenerife, Gomera and the rest of the Canary Islands. Stay tuned to find out what we discover, taste and sail ourselves into. 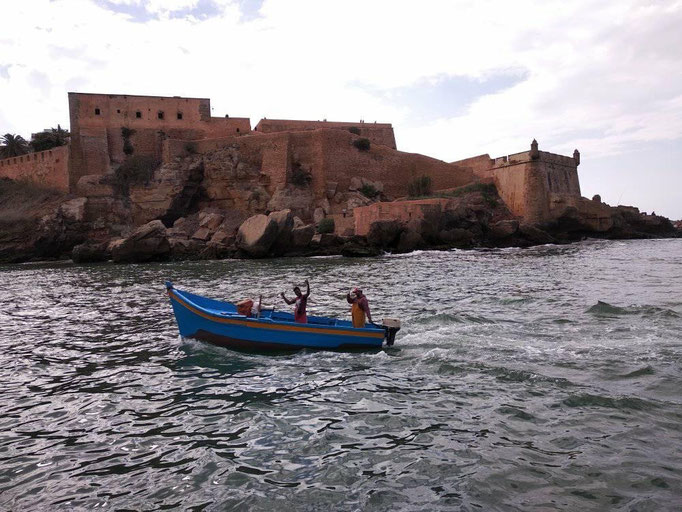 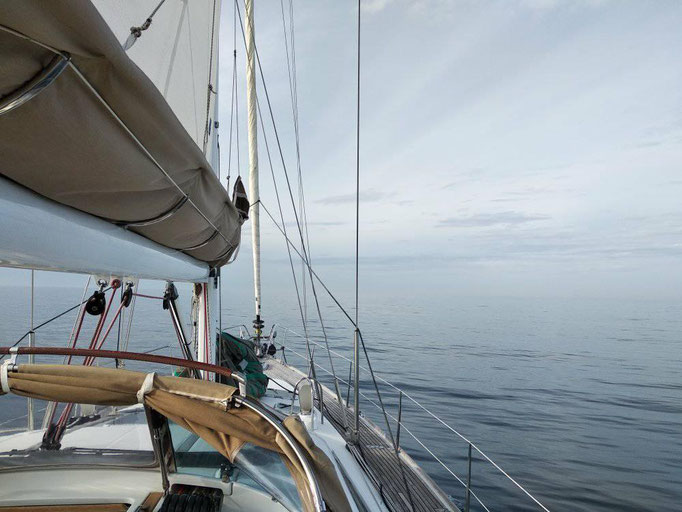 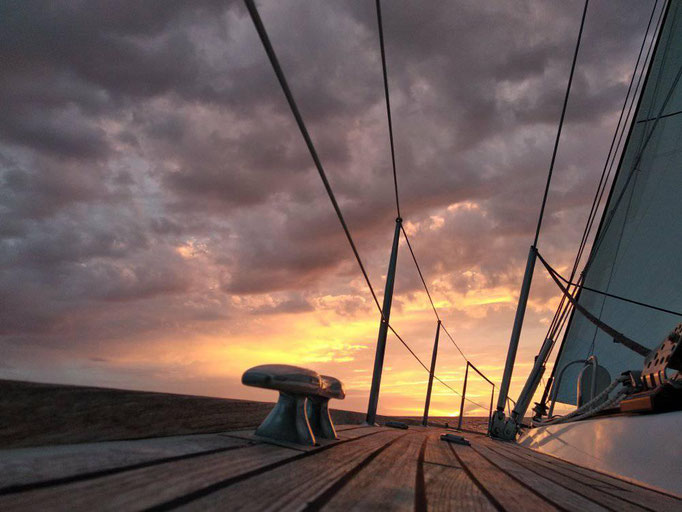 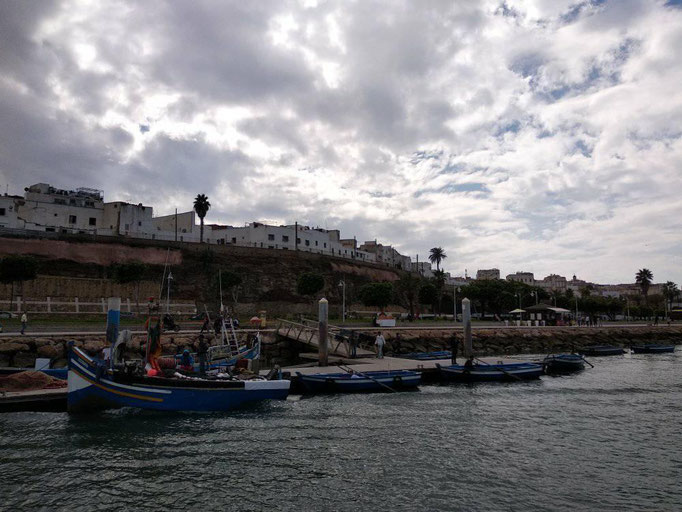 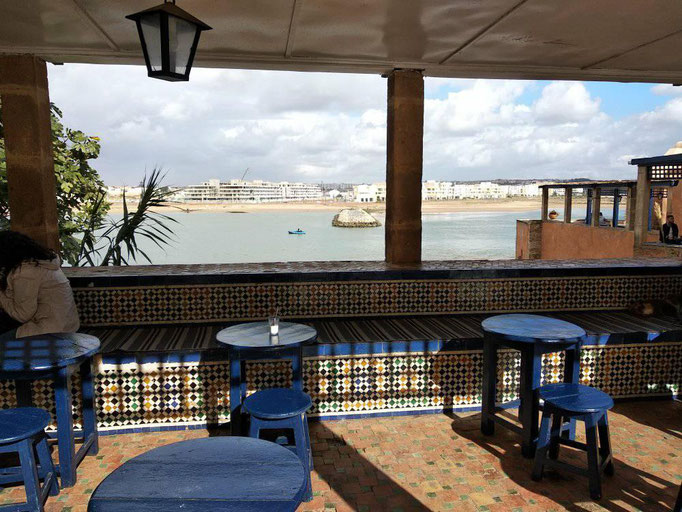 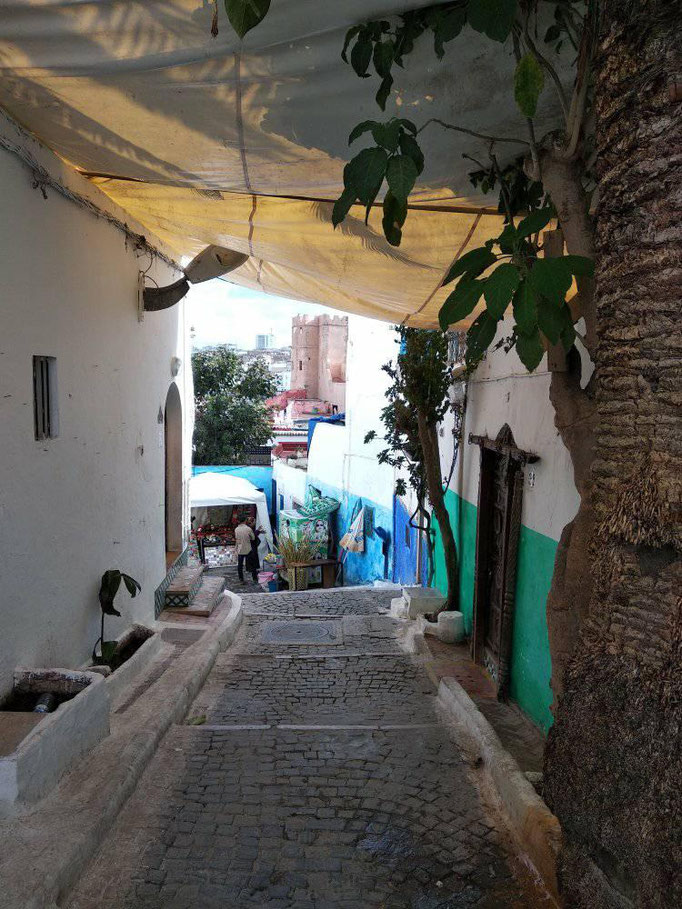 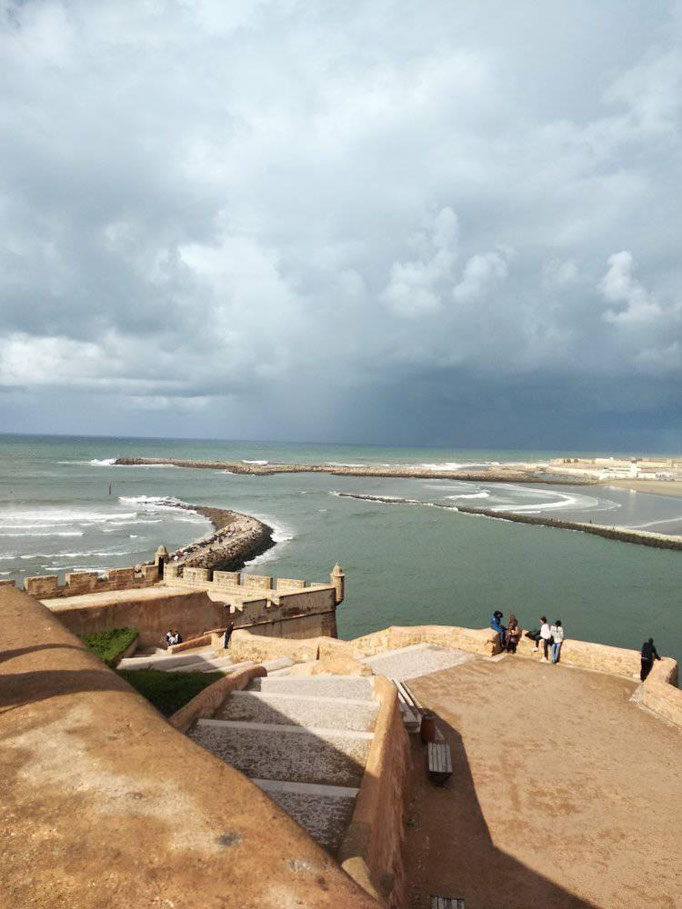 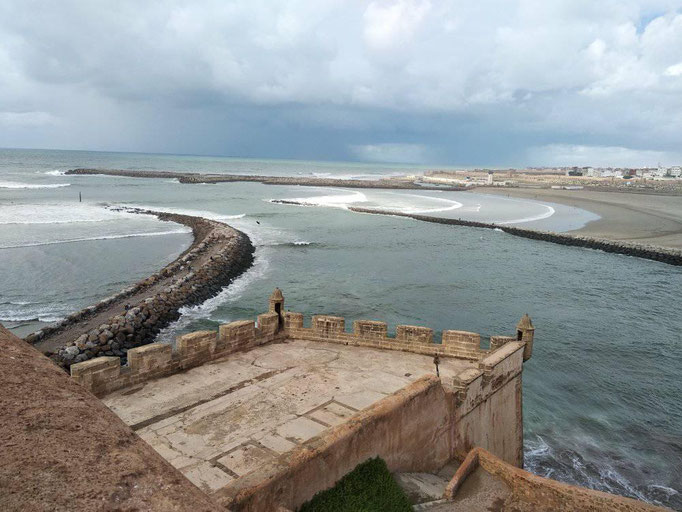 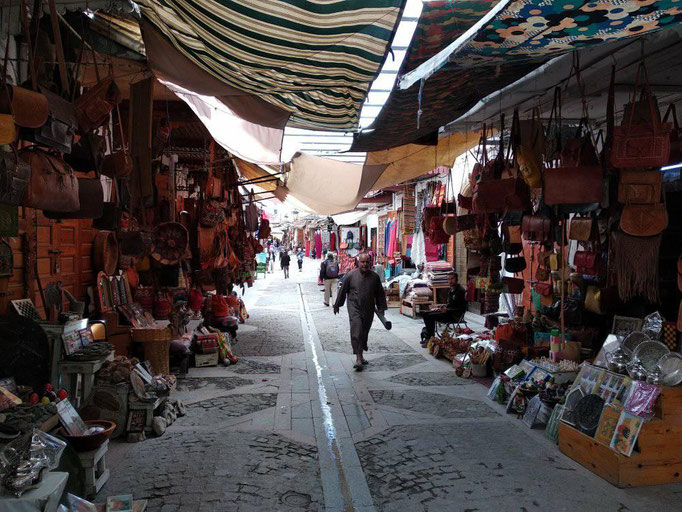 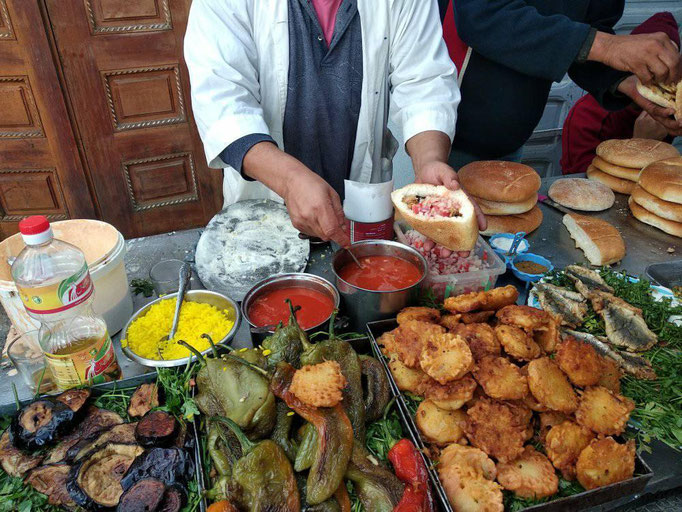 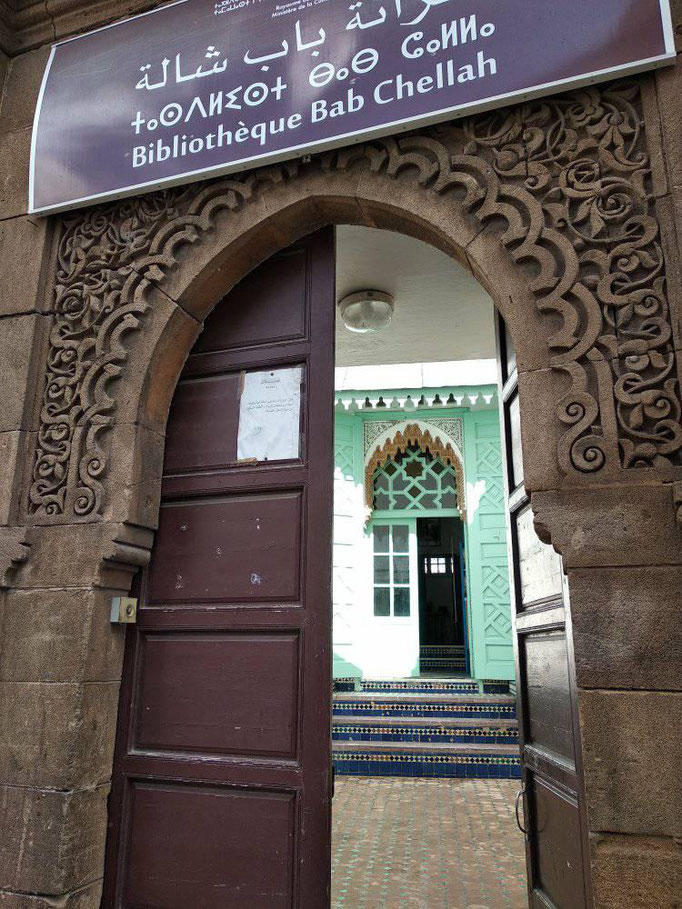 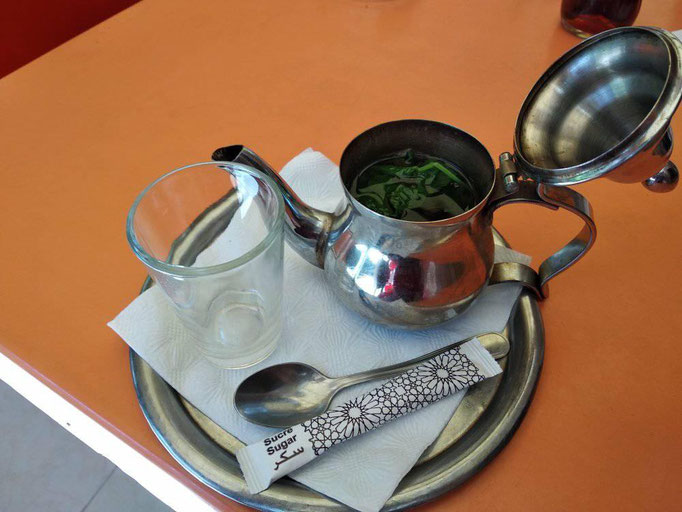 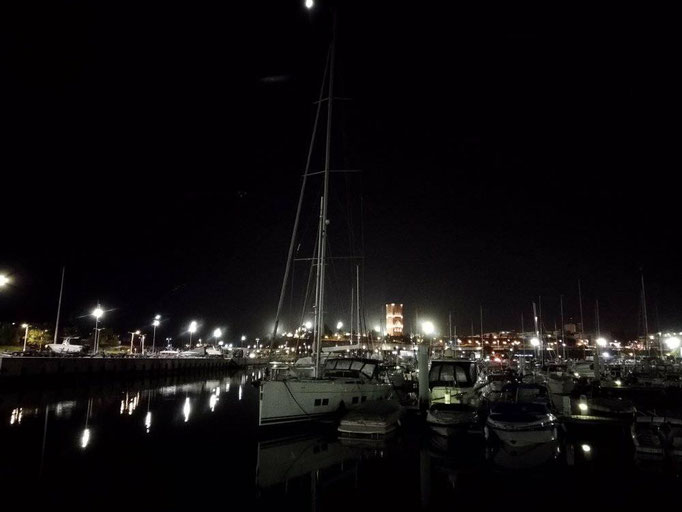 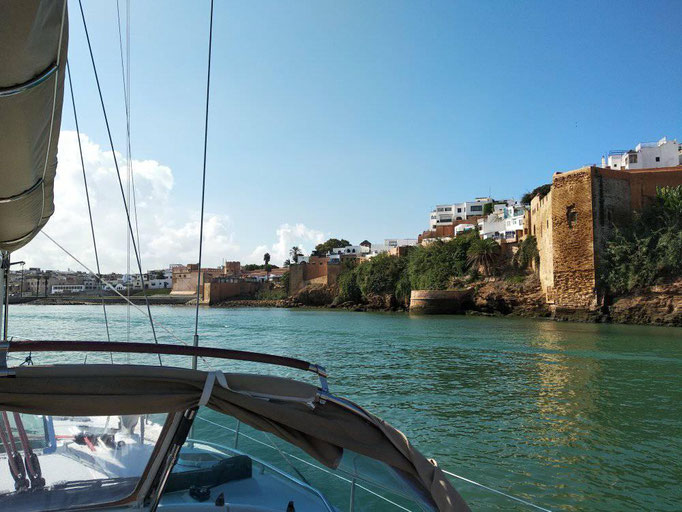 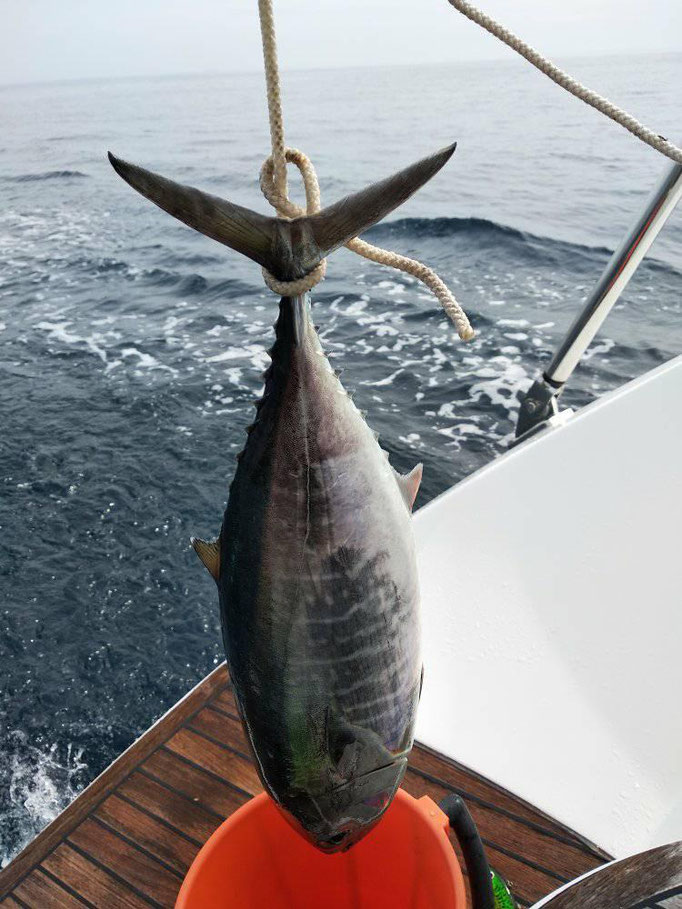 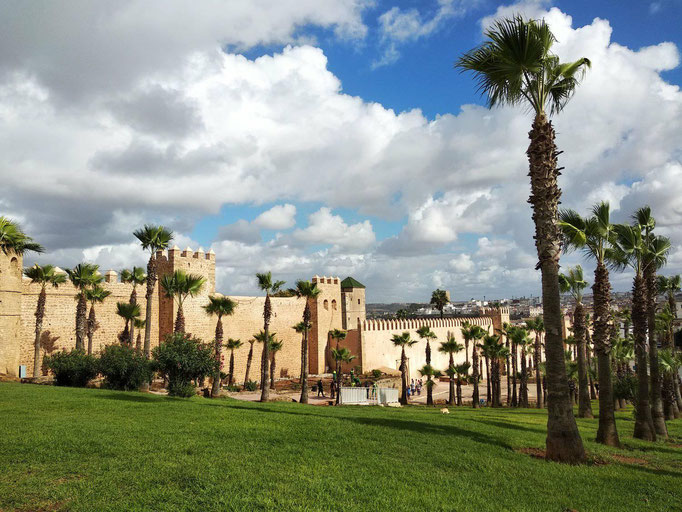